We were appointed to perform a major refurbishment of the clock on Eastgate bridge in Chester, believed to be the second most photographed clock in the UK (second only to Big Ben). As part of a continuing programme of measures taken to preserve the roman walls, railings of various types along the city wall will be repaired or replaced, maintaining them as an important pedestrian route around the city.

In August, Mark Cavendish’s Rise Above Sportive took place in the city. We had to make sure we finished our work and removed the scaffolding before 3,000 cyclists descended on Eastgate bridge, the starting point for the event! 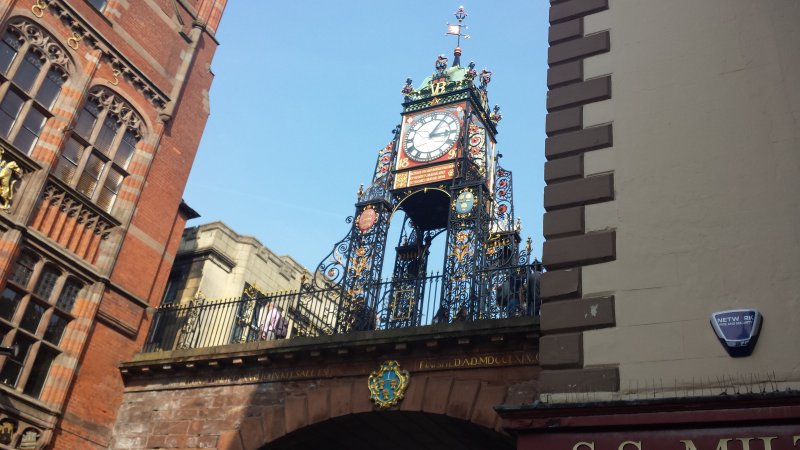 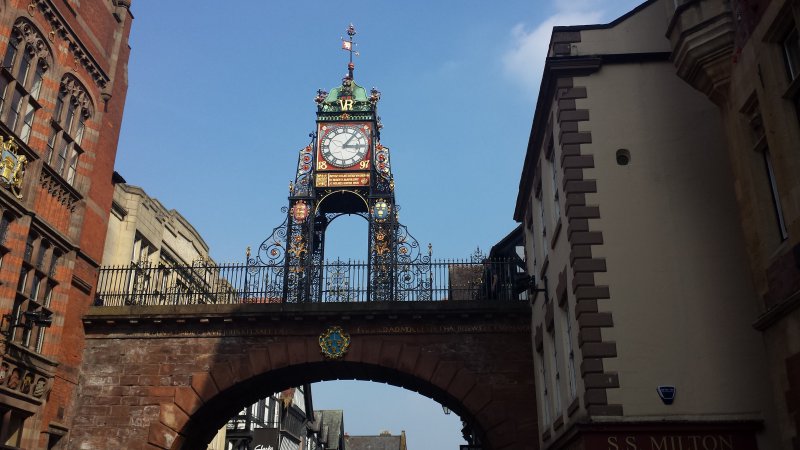 The Eastbridge clock before we started work on it. 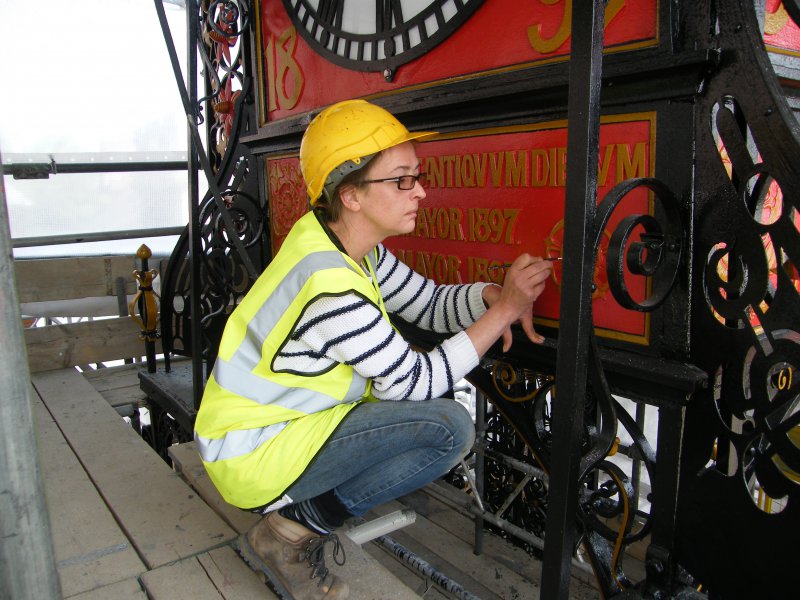 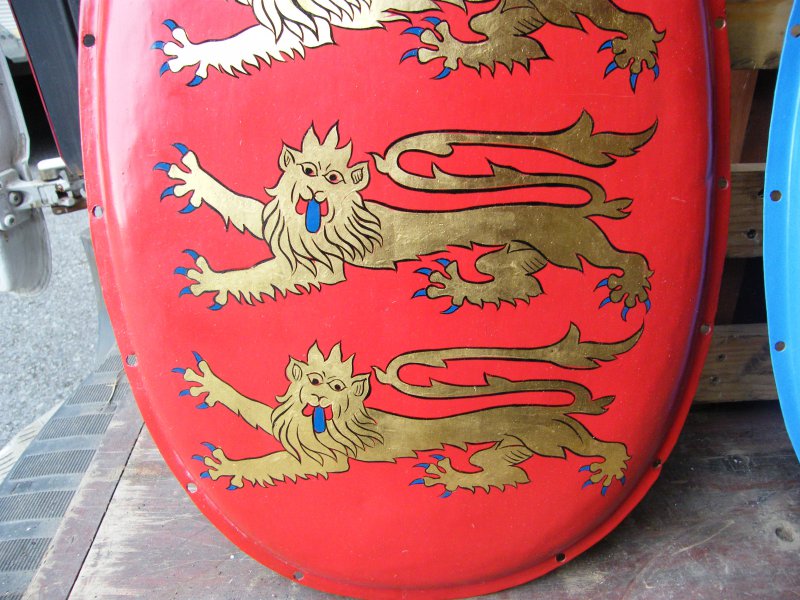 A fully repainted coat of arms.