The Crescent is a Grade 1 listed building in the spa town of Buxton, Derbyshire, England. It owes much of its design to the Royal Crescent in Bath, but described by the Royal Institution of British Architects as “more richly decorated and altogether more complex”.

It was designed by the architect John Carr of York and built for the 5th Duke of Devonshire between 1780 and 1789. In 2020, following a multi-year restoration and redevelopment project, supported by the National Heritage Memorial Fund and Derbyshire County Council, The Crescent was reopened as a 5-star spa hotel to the delight of the local residents.

Amongst other ironwork on the project, we restored and replicated many of the wrought iron handrails to the 29 openings to the curved façade. 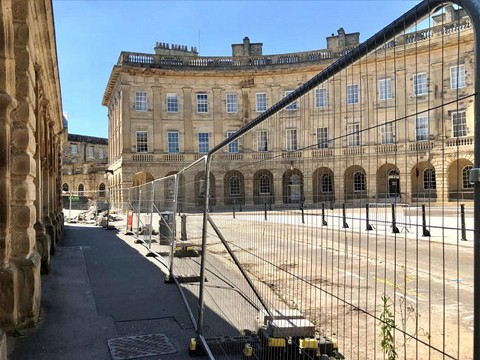 Originally each archway, where not an entrance to the colonnade, was bridged by a simple wrought iron convex handrail, set into the grand stone piers at either side and supported centrally by a single round bar leg, riveted into the handrail. Many of which were missing, corroded or distorted.

Example of a typical damaged handrail to one of the archways.

One of the bays restored or replicated and traditionally hot lead caulked back into the original stonework pockets. 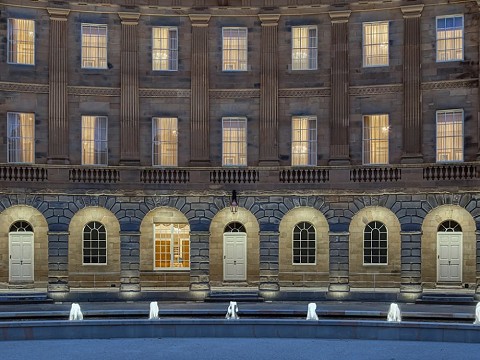 Buxton Crescent 5* Hotel finished and open to the public. The centre section, photographed in the early evening.