Ford Castle is a Grade I listed building situated in Northumberland orignally built around 1278. The castle has witnessed various battles, including the Battle of Flodden 1513, where it was taken by King James IV of Scotland. It has been modified and rebuilt a number of times, but now presents itself largely untouched since the mid 1800’s when it was rebuilt in a Gothic style by Louisa, Dowager Marchioness, widow of the 3rd Marquess of Waterford.

The castle was acquired in 1907 by the coal-mining magnate James Joicey, 1st Baron Joicey and it remains in the ownership of his family, although since 1956 it has been leased to Northumberland County Council as a residential centre for outdoor pursuits.

Calibre has been involved with the restoration of a large number of the Castles’ iron framed, leaded windows, where poor maintenance had allowed corrosion to take a hold. Many frames were seized or so heavily corroded that some glazing bars no longer remained.

We have removed many of the worst windows to our workshops for repair, replacing iron glazing bars, drips and window furniture to replicate the originals exactly. Many others were restored on site.

The leaded lights have suffered over the years, some due to water ingress and corrosion causing them to be pushed out of line, cracking glass and lead cames. The lead glazing cames have also degraded due to their age, many were cracked and very brittle. The Calibre team, in association with Cheshire Stained Glass, have restored these windows back to their original condition, using hand blown matching glass to replace broken pieces, but saving as much of the original pieces as was possible.

Works have progressed on site since early March 2016 and are due to be completed by the end of August 2016. 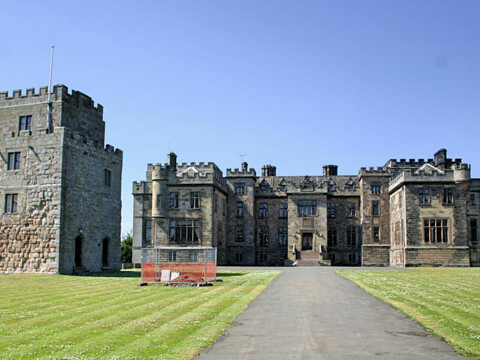 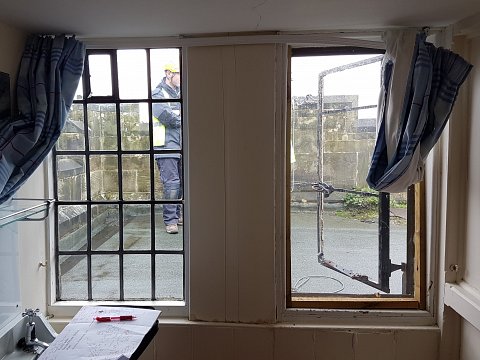 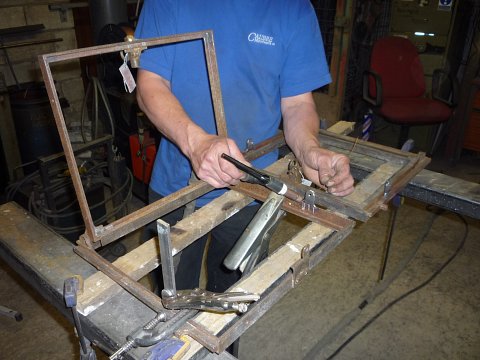 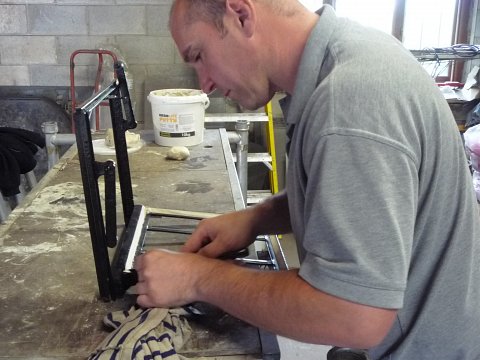 Typical window being reglazed in our workshop 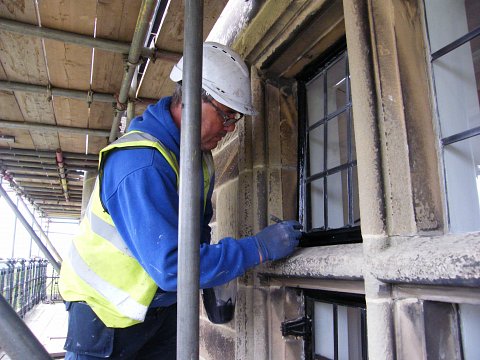 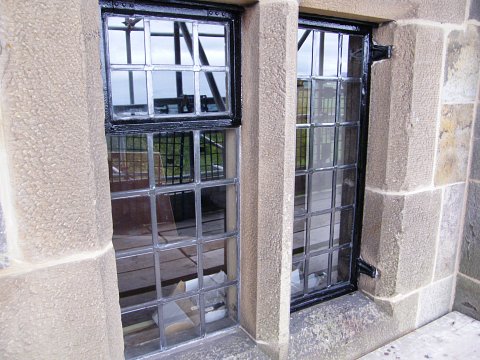