Grade 2* listed Greenbank House was originally the residence of the Rathbone family. Its unique architecture has evolved with many additions to the original farmhouse William Rathbone IV bought in 1809. These additions include the cast iron veranda which is believed to be attributed to the Coalbrookdale Works as Hannah Rathbone’s Father, Abraham Darby was one of the founding directors.

The property was presented to Liverpool University in 1936, but had sadly been neglected over the years falling into a state of disrepair. The recent University Greenbank Halls project created new build student accommodation within the grounds of the house and the development has provided the opportunity and funding to restore the house giving this characterful listed building a new lease of life.

A scaffold was erected around the veranda and then all the parts were carefully recorded by note and photograph before being carefully dismantled piece by piece. A detailed condition report was then undertaken of all the veranda components prior to and following blast cleaning. Our post cleaning report provided a full list of repairs that considered necessary to conserve, as much as possible, the original salvaged ironwork. These repairs were then discussed and approved with the structural engineer.

Specialised repairs, comprising of new castings and new sections of castings were made using new moulds and patternwork and replacement iron was grafted into the original castings where possible. Sections of the structure were trial assembled in our workshop to test the fixing methods and help determine our method of installation before we applied a full marine grade paint system.

Calibre took charge of replacing all the roof timbers and provided a new lead roof covering to closely match the remains of the original found under the failed bitumen roof. Each finial to the upper frieze was lead covered individually and reinstated.

The restored veranda was erected by our own experienced installers with specialist sub-contract scaffolders and leadworkers. 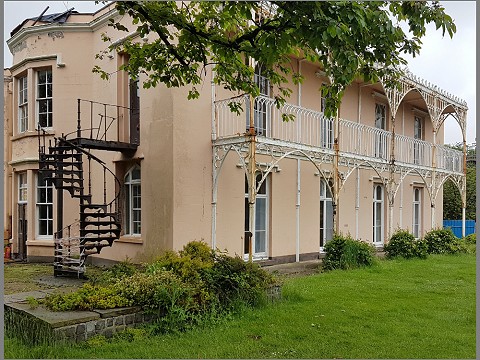 The Grade 2* listed cast iron veranda is believed to be a Coalbrookdale Works creation. 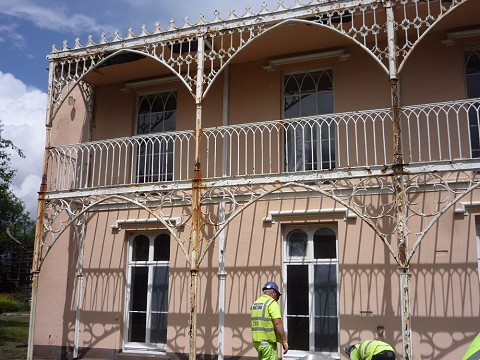 The veranda was in a poor state with many heavily corroded and damaged castings. 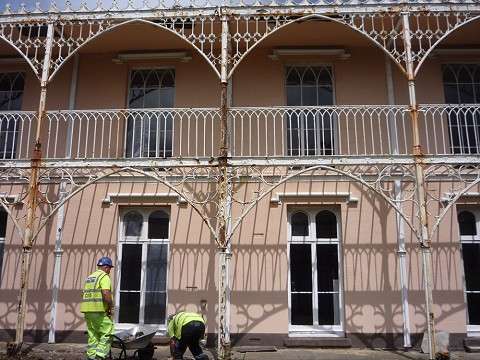 Poorly maintained guttering had lead to rainwater leaking over the structure, penetrating joints and causing severe corrosion and many structural defects. 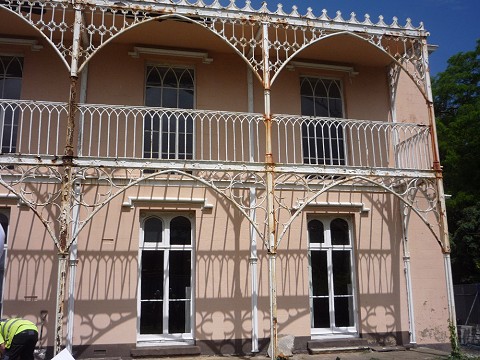 Rust heave had caused distortion and forced many components apart, fracturing joints an fixings throughout. Other cracks have occurred as the building and column foundations have settled over the years. 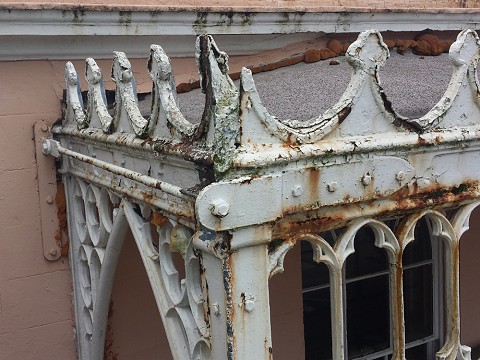 Many previous repairs were evident, from historic iron straps and ties to more modern attempt to re-roof and fill cracks. 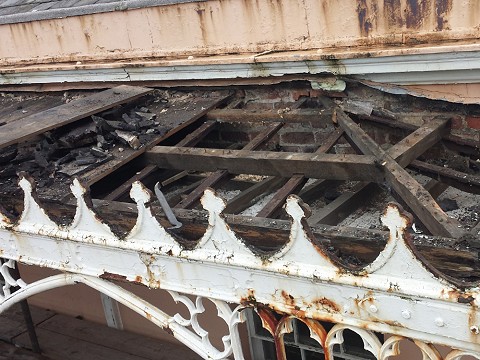 Rot had destroyed much of the penny gap pine boards, however much of the supporting structure, thought to be original was used for replication purposes. 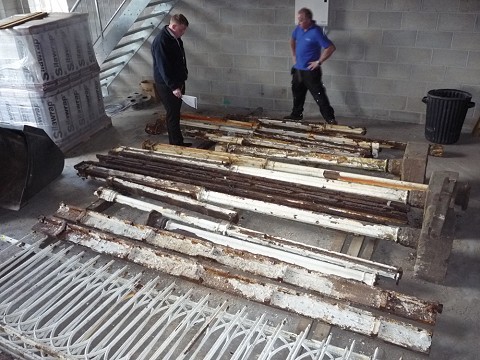 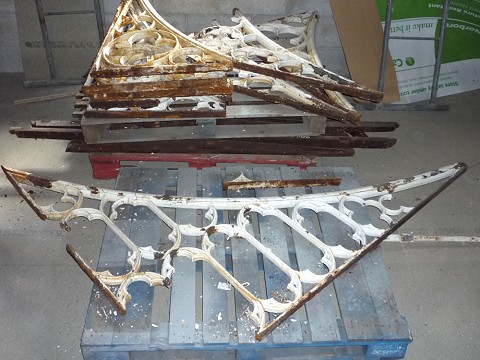 Calibre manufactured new bespoke patternwork and cast new iron components to replicate some of the original castings that were too damaged to repair. 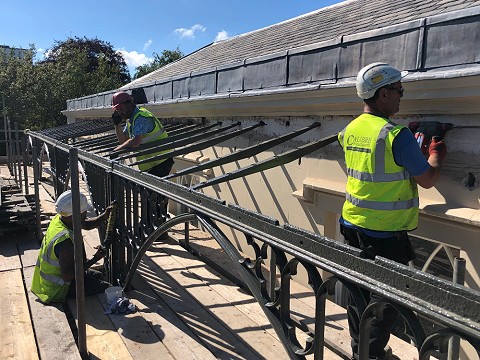 The restored veranda was erected by our own experienced team with specialist assistance from sub contract specialist joiners and leadworkers. 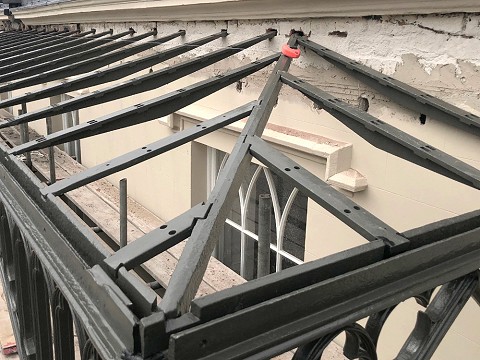 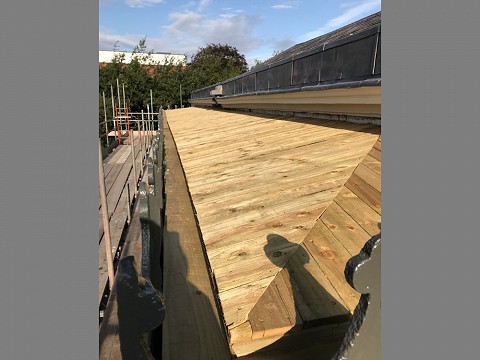 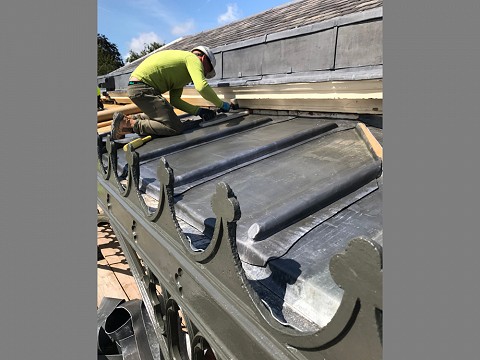 …and reinstated the lead roof… 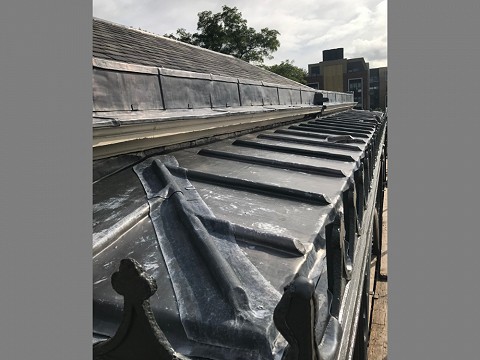 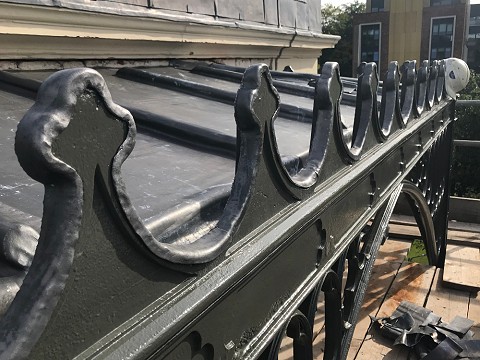 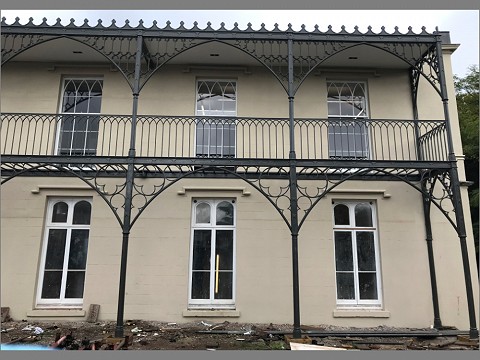 We installed the restored veranda onto new foundations. 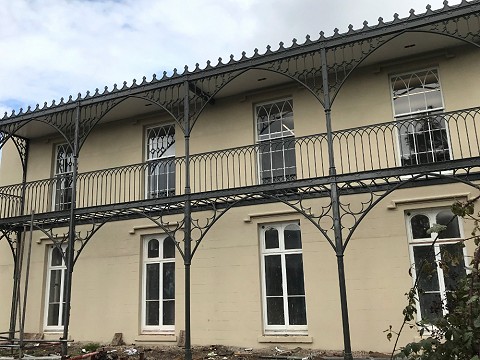 Once installed we sealed all joints and applied one final coat of paint. 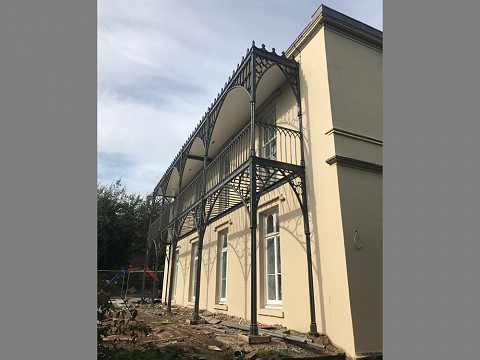 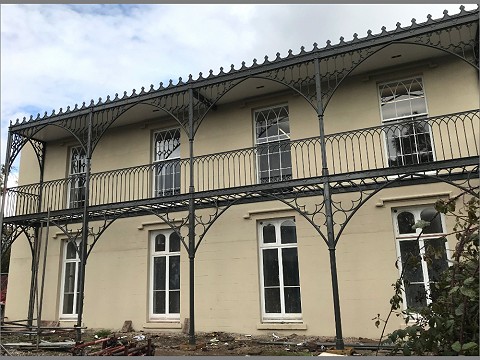