As part of the ongoing repair and restoration works at Lancaster Castle, we were asked to restore and refurbish the historic weathervane on the top of the John O’Gaunt Gate’s gatehouse.

The origins of the 40kg wrought iron, copper and lead weathervane are believed to date back to around 1727, although it is possible that a vane was first erected here as part of the post-Civil War repairs in the 1690s. It stands on a stone block which fills the whole of the North East turret look-out post at the top of the Gatehouse.

By the 1950s the weathervane had become drab and indistinct with little of the original paintwork remaining. In 1958 the prisoners at Lancaster Castle took it down and refurbished it in the colours of the Duchy arms, re-gilding the fleur-de-lys at the fringes and restoring the crown at its peak.

Commenting on the project, Duchy Head of Project Management Graeme Chalk said: “All of the work that we are doing at Lancaster Castle is designed to restore and preserve the historic fabric of the buildings. We felt that the restoration of the weathervane was an integral part of that process and we are delighted with the skilled workmanship that has brought it back to its former glory. It now stands proudly at the top of the gatehouse looking out over the city, where it has stood for at least 300 years and where we hope it will remain for future generations.” 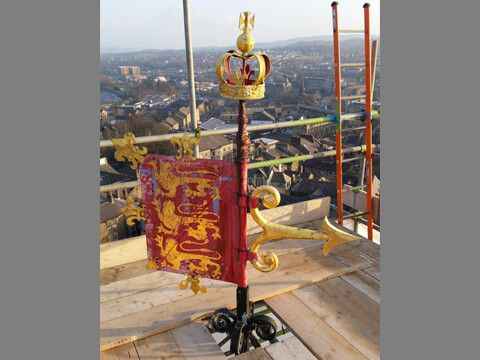 The existing wrought iron, copper and lead weathervane was in a poor condition and its paintwork badly faded. 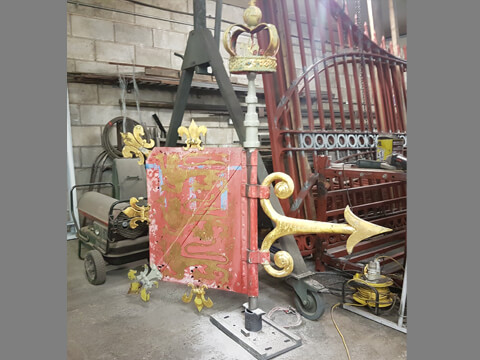 The weathervane was carefully removed and returned to our workshop for restoration. 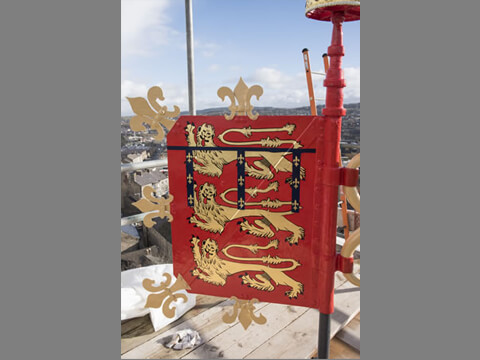 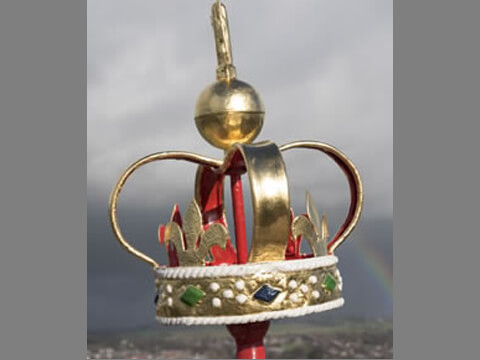 The restored weathervane and crown were repainted, highlighted and gilded in 23.5 carat gold. 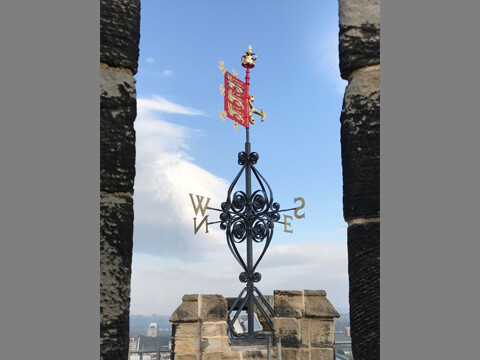 The finished weathervane and crown looking resplendent at the top of Lancaster Castle gatehouse, looking out over the city.