The pumphouse buildings and the remaining pumping engine were declared Scheduled Ancient Monuments in 1986 and received engineering heritage listed status from the Institution of Mechanical Engineers in 2012.

We carried out a condition survey earlier in the year and were then instructed to restore four traditional iron windows and reconstruct, restore and reinstate an original, heavily corroded window that had recently been replaced with a modern aluminium replica.

Upon visiting the site, we found the original iron window in pieces in the bushes adjacent to a workshop, it had been cut in half and was significantly corroded.

We recovered the original window from the bushes and tagged and carefully removed the other four windows and returned them all to our workshop where we de-glazed and repaired them by making new pattern work and casting new sections in cast iron (as the original sections can no longer be rolled in wrought iron).

Once all missing and badly corroded sections had been replaced we restored the rest of the window frames and their opening lights before painting all with our own high-quality paint system.

We returned all windows to the site and installed them into their original window surrounds before putty glazing all with low iron plate glass, closely matching the original. 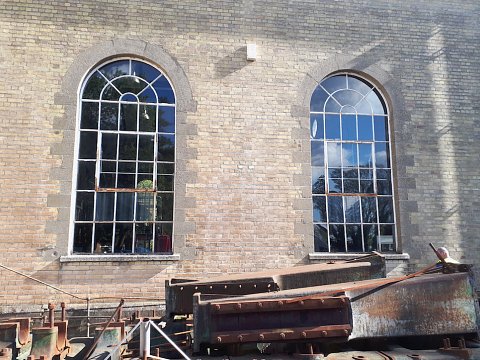 The largest pair of windows with opening lights with large areas of corrosion present around the opening light and frame joints. 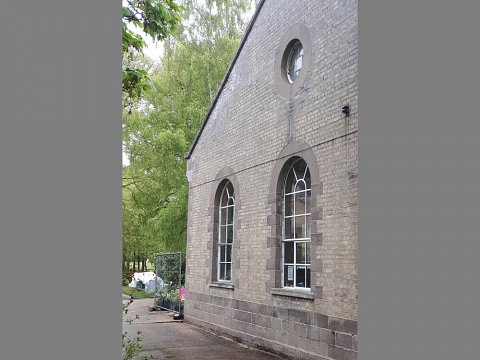 This photo shows the non original aluminium double glazed replica installed in the right hand opening and the original iron one to the left. 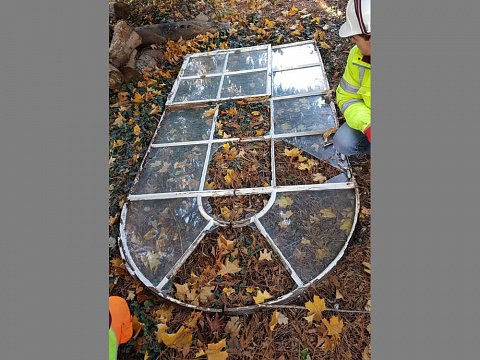 A lucky find!! The original window nearly complete but had been sliced through to facilitate its removal. 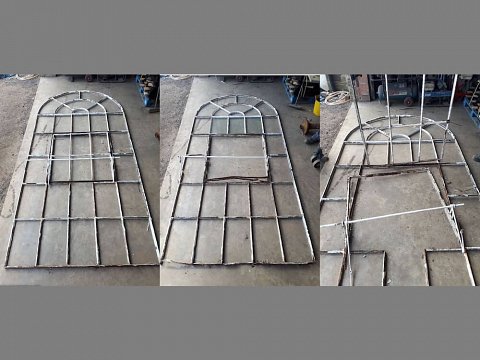 The largest pair of windows laid out for survey prior to blast cleaning. 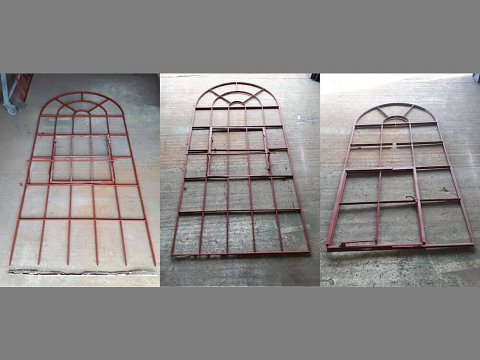 The original windows following blast cleaning and application of a primer prior to restoration works. Many glazing bars and sections of the outer frames required replacement. 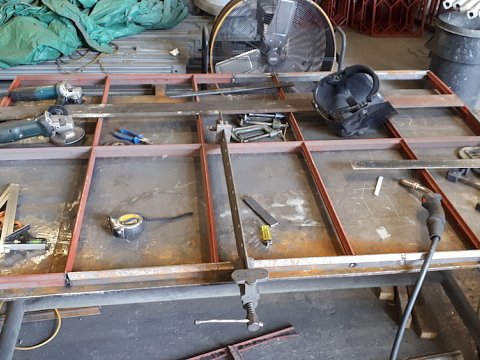 New iron glazing bars of matching profiles were made and welded into the frames. 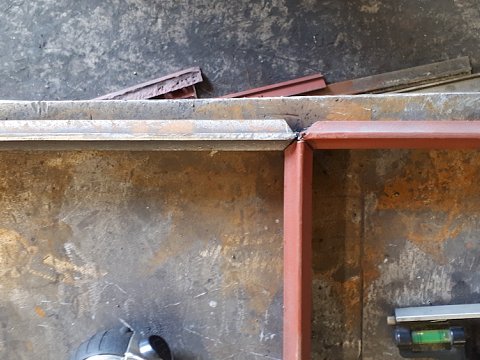 Many corroded sections of these windows were replaced. 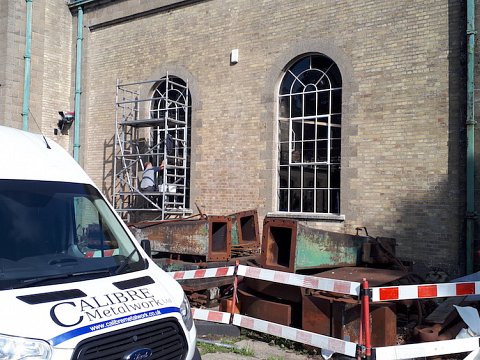 The windows being installed again into their original positions before putty glazing all with 3mm low iron plate glass. 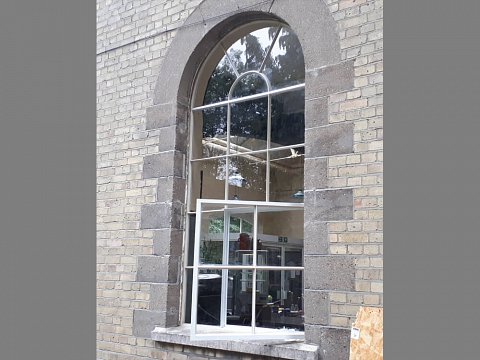 The original window, that had been cut up and thrown away previously, now reinstated and looking the part again.