St Cybi’s Church is a medieval church near the Roman Caer Gybi in Holyhead, Anglesey, Wales and was Grade I listed in January 1968. The original church was constructed at Holyhead around 540 AD by St Cybi, a cousin of St David. The church has had a troubled history, being ransacked by Viking invaders in the 10th century and damaged again in 1405 by Henry IV’s invading forces. The present church was built in the 13th century and stands near the Roman fort in Holyhead.

We assisted the architect in detailing the specification of repair for tender purposes and then successfully secured the project early in 2020.

The gate and supporting overthrow and screen are made of wrought iron, traditionally constructed within a forge and purpose made for the church. Included in the design are a number of very delicate repoussé leaf pieces and waterleaves, most of which were thinned, holes or missing.

The ravages of time and a failing paint system had left the ironwork open to the marine environment, with many decorative features missing altogether or simply hanging on.

The gates were carefully tagged and photographically recorded prior to being partially dismantled to enable repairs and wasted sections to be replaced. The repoussé pieces were replicated in wrought iron plate by our blacksmith, using the originals as patterns along with a number of scrolls and collars.

Areas to the lower extremities had been repaired and reconfigured previously in mild steel along with a number of scrolls and these too were replaced with forge made replacements.

The structures, following removal of marine salts, were then treated to hot zinc treatment prior to the application of a new, workshop applied, marine based paint system throughout, paying particular attention to joints and water traps.

The archway was carefully prepared and joints pointed in a lime mortar, closely matching the original aggregates. 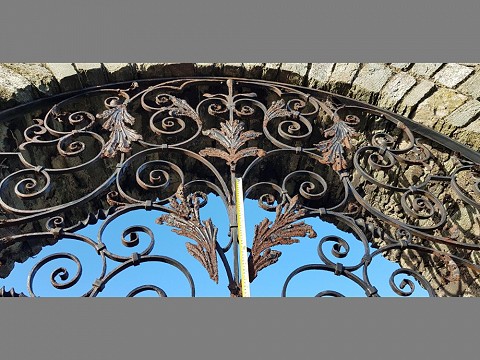 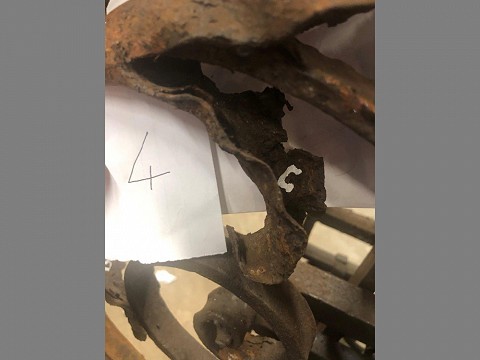 Workshop photographic survey illustrating a water leaf that was to be repaired or replaced. 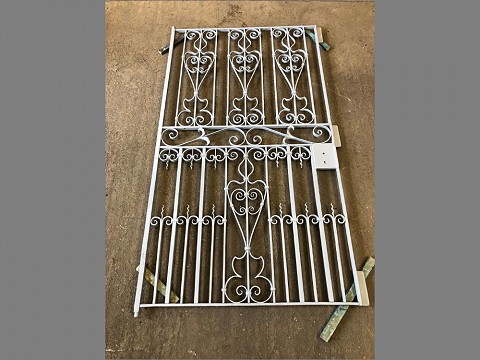 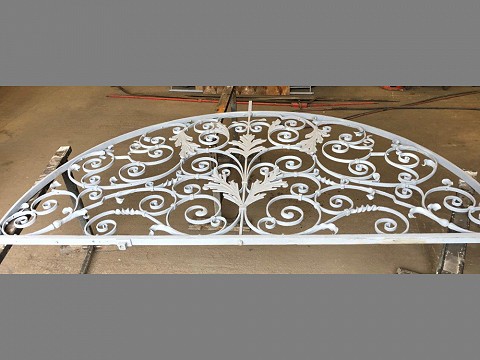 The finished overthrow in primer awaiting joint sealing prior to finish paintwork. 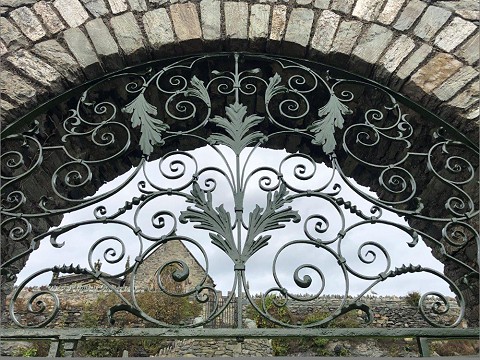 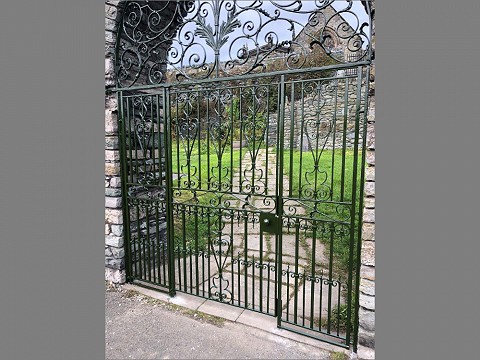 Project Complete and Looking Tremedous in the New Paint Scheme.